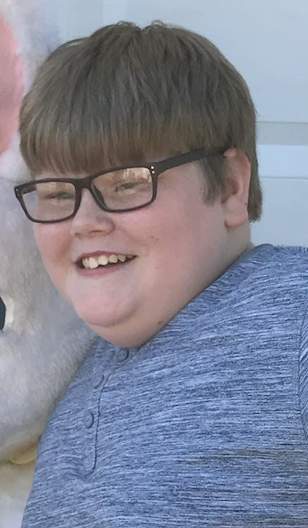 Aaron “Michael” Aull, Jr., affectionally known as Bub, 15 of Owensboro, died Sunday, October 25, 2020. Born November 10, 2004 in Owensboro to Amanda Evans Bittel and Aaron Aull, Bub was a freshman at Owensboro High School. Growing up, Michael spent many days putting together bicycles with his late grandfather Pappy Hatfield. He loved the challenge of fixing things. Some would call the bikes he took on as “junk”. Bub saw it as opportunity. He enjoyed dumpster diving. You may find it silly, but Michael had an affinity for finding gems among the trash, which made it fun. If you haven’t noticed the theme yet, he appreciated little things. Whether it was playing Fortnite or fishing with family and friends, Michael admired the small stuff. He had a growing collection of fishing poles, much thanks to his father. He’d even come home to find a new one on the front porch from time to time.

If it wasn’t his idea, Michael didn’t want to do it and would let you know. He was outspoken and proud to be. His dream job was to work as a sandwich artist at Subway. Michael loved a good snack. His favorites were a big bag of Bold Chex Mix and a cold, delicious YooHoo to chase it down. A recent treat was realizing his mother had left two for him in the refrigerator.

In honor of Michael, play a round of Fortnite, listen to “I Can Only Imagine”, take a bike ride, snack on some Chex Mix, and ask someone how their day went. Because, you may have been fooled, but Michael was a softy and made sure to check on those he loved often, frequently asking his sister “how was your day”.

Michael is preceded in death by his maternal grandfather, Phillip Ray Hatfield in 2016.