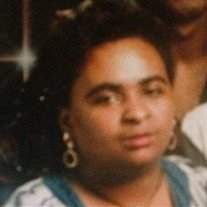 Angela was a graduate of Owensboro High School. She also attended the Earle C. Clements Job Corps Center in Morganfield, KY. She was employed at St. Vincent DePaul.

Angela was an avid reader and enjoyed using her journalism skills to write short stories. She was known to be a music enthusiast and was a devoted Mother and Grandmother.

Angela was preceded in death by her step father Hershel Smith.