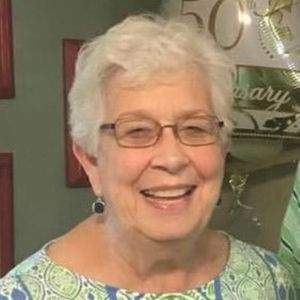 Ann D. Johnson, 74, of Owensboro, passed away Saturday, December 5, 2020 at Owensboro Health Regional Hospital. She was born November 6, 1946, in Daviess County, to the late Duncan and Christine Bellwood Smithson. If you knew Ann, then you knew what a special person she was to so many. She was an educator, teaching 3rd grade until making the decision to become a librarian, even volunteering to be an aide in the library at CVMS after retiring, inspiring countless people to pursue a career in education. Ann was a big volunteer, whether it be at church, the hospital, the Imagination Library, or many others. She was also known to be a great cook, but an even better at baking her famous desserts.

She had a passion for playing the piano, playing at church and also sang in the choir and played the bells. Most of all, Ann enjoyed being with her family, and cherished spending time with her grandchildren.

Due to public health and safety directives, the services at Glenn Funeral Home and Crematory will be private.

Expressions of sympathy may take the form of contributions to the Settle Memorial Choir Fund, P.O. Box 1756, Owensboro, KY 42302.

Memories and condolences for the family of Ann Johnson may be left at www.glenncares.com