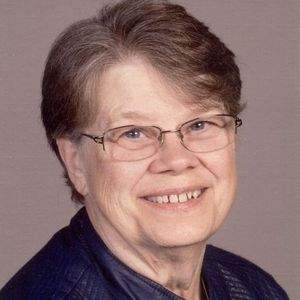 Barbara Jean Haley, 72, of Owensboro, went to be with the Lord on October, 25, 2020 while under the care of Hospice of Western Kentucky. She was born on January 3, 1948 to the late James F. and Virginia Whitescarver Haley in Evansville. Barbara was a loving soul whose life was deeply rooted in her faith and in Jesus Christ, her devotion to her family, teaching, making music, creating, crafting and adding to the joy of the lives of those she touched. She graduated from Owensboro High School and Murray State University where she earned a BS in Art Education and her Master's degree. Her Rank I in Education was earned at Western Kentucky University. She not only enjoyed learning, she equally loved teaching. For 34 years she taught ceramics, print making, painting and photography at Apollo while helping with the school's academics team meets. Always resourceful, nothing she touched had a single purpose. That resourcefulness served her well, from stacking empty oatmeal boxes for Bible school tree trunk decorations to crafting beautiful banners for her church, In addition to her talents in the visual arts, she was also an enthusiastic and multi-talented musician. Barbara played clarinet through high school and into college. Her enjoyment of vocal music was demonstrated by having sung in Settle Memorial United Methodist Church choirs since she was in junior high school. Barbara played the dulcimer and other related instruments and participated in the church bell choir. Her many hobbies included quilting, basketry, stained glass, and beading.

Barbara was a truly selfless person, helpful and giving, and saying "yes" to all that was asked of her. Among her countless "yeses" were teaching Bible school and making the displays, building floats for the Christmas parade, helping with the twin boys of her sister, continuing the lost tradition of Christmas stockings, helping create prom decorations, and sponsoring the Apollo yearbook. She loved going most anywhere as long as she was driving, Apollo basketball games, dulcimer and basket workshops and family outings.

Devoted to her family, she faithfully cared for her mother, keeping her warm and fed during the ice storm of 2009, keeping her at home while assuring that all was in order in her later years.

Her faith was demonstrated rather than taught. From daily devotionals with her mother to her life-long commitment to Settle Memorial United Methodist Church. She depended upon her faith and was sustained by it toward the end of her life. And she welcomed prayer and visits.

The funeral service with limited attendance will be Saturday, October 31 at Glenn Funeral Home and Crematory. Visitation will be from 4 until 7pm Friday at the funeral home. Internment will take place at Rosehill Cemetery.

The number of those attending the visitation or funeral service for Ms. Haley shall be within current health and safety directives. Family and friends shall wear appropriate personal protective masks and enter the doors near the flag pole on the Breckenridge Street side of the building.

Memories and condolences to the family can be shared at www.glenncares.com.