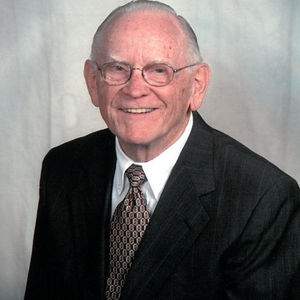 Bobby Gene Tucker, 94, of Mount Juliet, TN, and formerly of Owensboro, passed away Sunday May 3, 2020 at Vanderbilt University Medical Center. He was born April 15, 1926 in Daviess County to the late Samuel and Virda Payne Tucker. Bob enjoyed sharing stories about his many adventures growing-up in Owensboro. He witnessed the last public execution in the US as a boy in 1936. Bob served in the Army during WWII and was an expert marksman. He guarded the Panama Canal after the war for 2 years. Bob enjoyed traveling with friends, including trips to New York City, Canada and Cuba. He once bowled a perfect game, played league basketball and participated in competitions as an artistic roller-skater in his 20's. He was a prize-winning, master woodworker and enjoyed restoring antique cars. Bob loved Owensboro barbecue, watching baseball games, boxing and cage-fighting. He created Tucker TV Antenna Service and worked at WR Grace company for 31 years as the traffic coordinator. He attended Third Baptist Church for 50 years.

Along with his parents, he was also preceded in death by his wife of 59 years, Dorothy Stevens Tucker; and his eight older siblings.

Bob is survived by a daughter, Cynthia J. Tucker and her husband, Lee Nelson; a son, Keith Tucker and his wife, Karen all of Nashville; and two grandchildren, Eden and Simon Tucker.

In compliance with health and public safety directives, Mr. Tucker's funeral arrangements at Glenn Funeral Home and Crematory will be private. Burial will be in Rosehill Cemetery.

Expressions of sympathy may take the form of contributions to Wendell Foster at 815 Triplett St, Owensboro, KY 42303