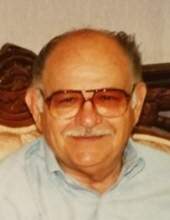 Charles Thomas Jackson, 93, Owensboro, passed away on Saturday, October 17, 2020 at Owensboro Health Regional Hospital. He was born on May 22, 1927 in Cleveland, Ohio to the late Carter & Sallie Jackson. Charlie retired from General Electric as a facilities manager in the Engineering Department. He was a U.S. Navy veteran of WWII and went to radar school in Chicago during the war. He is a member of Central Presbyterian Church where he served as an Elder. Charlie enjoyed blacksmithing, making kaleidoscopes and working with stained glass. He was very talented and artistic.

In addition to his parents, he was preceded in death by his brother, Gerald Jackson.

Graveside services will be at 11 a.m. on Wednesday at Elmwood Cemetery. James H. Davis Funeral Home & Crematory is in charge of arrangements.