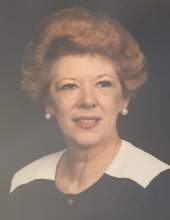 Charmaine Baird Williams, 81, of Owensboro, passed away on Saturday, October 17, 2020 at her home. She was born on July 27, 1939 in Pittsburgh, PA to the late Charles & Marian Ramsey. She was retired from the Kentucky State Court System as a Trial Commissioner and was the first female judge in Daviess County. Charmaine attended South Hampton Baptist Church and was a KY Colonel. She is preceded in death by her first husband of 32 years, Lee R. Baird and grandson, Austin Pendley.

Private graveside service will be held at Rosehill Cemetery. James H. Davis Funeral Home is in charge of arrangements.