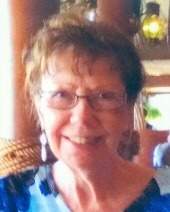 Connie Mae Kramer, 84, of Owensboro, finally got her angel wings Monday, October 31, 2022 at Owensboro Health Regional Hospital. She was born May 14, 1938 in Daviess County to the late Virgil and Frances Overlin Hawkins. Connie retired from Atmos Energy after over 40 years as an executive secretary where she wore out at least five typewriters. She attended First Christian Church. She enjoyed traveling, especially to Florida, collecting angels, dancing, telling jokes, and bike riding.

In addition to her parents, she was preceded in death by a brother, James Hawkins.

Funeral services will be at 1 p.m. on Monday, November 7, 2022 at James H. Davis Funeral Home & Crematory. Burial will follow in Rosehill Cemetery. Visitation is from 11:00 until time of service on Monday at the funeral home.