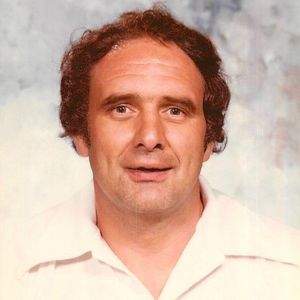 Daniel Frank Loucks, 79, of Owensboro, KY passed away Saturday, October 3, 2020 at his home. He was born February 4, 1941 in Fargo, ND to his parents, the late Robert John Loucks and Lyla Hammer Loucks. He was married to Diane Henderson Loucks for 58 years and together they raised three sons, Steve, Brad and Eric. Dan was a highly accomplished athlete, educator, coach, home builder, woodworker and businessman. He was tough, kind, generous, hardworking, talented, honorable and an authentic leader. He embraced any challenge which often took the form of building or repairing something but especially liked anything that involved feats of strength or athletic ability. He was a truly unique guy who lived a remarkable life.

Dan grew up in Fargo where he was a Junior State archery champion, an Eagle Scout and a Silver Award winner. In winter he hauled ice for his father's ice business. He graduated from Fargo Central High School in 1959 where he played football, wrestled and threw the shot and discus in track. In the summer he played American Legion baseball, worked for Gavin Construction and drove down often to the family cottage on Lake Cormorant to waterski or race his home built hydroplane.

Dan went on to play football at Concordia College in Moorhead, MN. His senior season, he was a team captain, selected all conference and voted most valuable player by his Cobber teammates. He also wrestled for 4 years, played baseball for 2 years and threw the shot and discus in track for 2 years. He was in the Lettermen's club and became president his senior year. He graduated Concordia in 1963 with a BA degree in Physical Education and then earned his masters degree in Physical Education, Health and Recreation at Moorhead State (MN) in 1964.

In the Fall of '64, he started teaching and coaching at Memorial High School in Eau Claire, Wisconsin. For 14 years he taught Physical Education, coached the Varsity wrestling team and directed the Intramural Sports program. He also coached the gymnastics team his first 2 years. His greatest coaching interest was football and he was very successful as the Memorial Old Abes' Sophomore coach and Varsity defensive assistant. He was ahead of his time in creating Sports Life Activities for his senior physical education students and the curriculum included archery, bowling, badminton, canoeing, fencing, scuba diving and table tennis. Dan built two homes in Putman Heights near Manz Elementary School and became a much in demand remodeler. He took great satisfaction in teaching his sons to waterski on the Chippewa River, coaching their Little League teams and photographing their lives and athletic events.

In the summer of 1978, Dan decided to make a career change for his family and opened Fleet Feet Sporting Goods in Owensboro(KY) where his brother Dr. John Loucks had started a medical practice. His timing was near perfect as Nike shoes and apparel would soon dominate the market and everyone seemed to want better footwear for their athletic pursuits and even casual wear. Dan and Diane ran the store while their boys were enrolled in the Owensboro Public School system. Dan loved talking sports with his customers and giving coaching advice to any young person who wanted to improve. Dan (with video camera usually in hand) and Diane watched their sons play football, basketball and baseball for the OHS Red Devils. They were able to see them all compete for a state title in at least one sport with Brad and Eric winning the '83 state baseball championship on Brad's dramatic walk off home run. They also witnessed Steve's '81 American Legion Bomber team's state and national region baseball titles as well as Brad's basketball career at Kentucky Wesleyan College where his Panthers won a Div II national championship in 1987. Dan built two homes for himself and another for his brother in the Spring Bank subdivision. He built the stone sign at the entrance to Spring Bank which he particularly enjoyed because his young grandsons, John Bradley and Jordan would often come to watch him and listen to the Daviess County High School marching band practice across the street. He loved dark walnut stained red oak and made his own trim, six panel doors and cabinets in the garage shop on his brother's property. He also made and designed his own furniture and appreciated that it required so much technical skill. Summer was his favorite season because of the warm weather and the opportunity to go boating. He loved any chance to take family members and their friends down to the Ohio River for some runs through the Yellow Bank Island channel under the Blue Bridge.

At 55, Dan suffered a hypertensive brain hemorrhage that left him diminished and unable to participate in many of the things he loved. Steve, Brad and Diane ran Fleet Feet until it closed in 2014 after 35 years in business.

The family cherished the additional 24 years Dan was able to spend with us and impart his spirit, wisdom and humor. It's unfortunate that his grandchildren never saw him at his full powers because he sure was something.

In addition to his parents, Dan was also preceded in death by his sisters, Helen "Holly" Peterson and Elaine Restead, his brothers-in-law, Lynn Restead and Jarett Bradley, and his nephew Brian Loucks.

Public visitation for Dan will be 9:30 AM until 11:30 AM Thursday at Glenn Funeral Home and Crematory. A private service will follow with burial at Elmwood Cemetery.

The number of those attending the visitation for Mr. Loucks shall be within current health and safety directives. Family and friends shall wear appropriate personal protective masks and enter the doors near the flagpole on the Breckenridge Street side of the building.

Expressions of sympathy may take the form of donations to the Owensboro Independent Schools Foundation for Excellence.

Memories and condolences for the family of Daniel Frank Loucks may be offered online at www.glenncares.com.