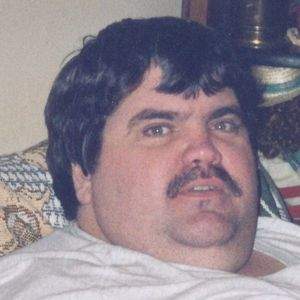 David Smith, 55, of Owensboro, passed away on Wednesday, March 18, 2020 at Owensboro Health Regional Hospital. He was born September 6, 1964 in Grand Rapids, Michigan to the late Virgil and Dorothy Kuipers Smith. David collected Zippo lighters, enjoyed gatherings with family and friends, and playing cards and games. He loved his dogs, Casey and Calypso, and working at the Daniel Pitino Shelter and helping the homeless which was very special to him. Most of all, he loved his wife Angela which was his pride and joy. David was also preceded in death by a brother and his wife, Jeff and Tammy Smith.

In compliance with health and public safety directives, the funeral arrangements for Mr. Smith will be private. Glenn Funeral Home and Crematory is in charge of arrangements.

Memorial contributions may be made to the Owensboro-Daviess Co. Humane Society, P. O. Box 1075, Owensboro, KY 42302. Memories and condolences to the family can be shared at www.glenncares.