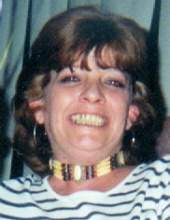 Dianna Lynn Krahwinkel, 61, of Owensboro died Friday, November 6, 2020 at her home surrounded by her family while under the care of Hospice of Western Kentucky. She was born in Daviess County on October 6, 1959 to the late Johnny Krahwinkel and Mary Boone Speed. She was a homemaker and a member of Panther Creek Baptist Church. In addition to her parents, she was preceded in death by her step-dad, William Speed; and a brother, Johnny Krahwinkel, Jr.

A private service will be held at Rosehill Cemetery in Owensboro. Ennichment will follow in Rosehill Mausoleum.