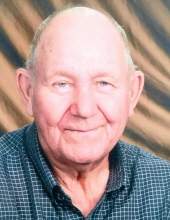 
Donald Ray Clary, 85, of Owensboro, passed away peacefully at home on February 7, 2022. He was born on January 29, 1937, in Boonville, IN to the late Manuel Joseph Clary and Mary Myrtle Clary. He retired from Amax Coal Company and was a member of the U.M .W.A. He also retired from I.B.E.W. Local 1701. Don was a member of Eaton Memorial Baptist Church where he assisted with neighborhood food kitchen mission. He was an avid rabbit and bird hunter and loved to fish. Don's hobbies also included Antique Tractor Pulling.

Expressions of sympathy may take the form of donations to the Eaton Memorial Baptist Church Benevolence Fund, 1225 W. Third Street, Owensboro, KY 42301. Envelopes will be available at the funeral home.