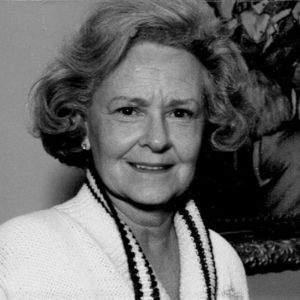 Dorothy Jean Ford, 87, of Owensboro, passed away on January 15th, 2021, at Wellington Parc of Owensboro. She was born in Owensboro, KY in 1933 to the late John A. and Edith Fulkerson Strehl. Dot was preceded in death by her husband Reyburn W. Ford, and her sisters, Virginia Hempel, Clara Burton and Betty Pruden.

In 1952, Dot married her high school sweetheart, Reyburn W. Ford, and celebrated 67 years of marriage before Reyburn's death in 2020. Dot was an active member of First Baptist church her entire adult life and especially enjoyed her fellowship with the New Ladies/Trusting Hearts Class where she was known for her hospitality. Dot also enjoyed gardening and collecting antique furniture. She loved her family and would never miss a chance to host birthdays and dinners. Thursday nights were always "Family Night" at "Mom Ford's," as her grandchildren called her, when she would cook a meal for her children and grandchildren.

Dot was a loving daughter, sister, wife, mother and grandmother who always put her family first. She will be remembered by her family and friends for her quiet generosity and concern for others.
Dot is survived by her three children, Rey Ford and his wife Laura, Rick Ford and his wife Donna and Renee Ford; Rey's children Chacey Malhouitre and her husband Romain and Charissa Kenny and her husband John; Rick's children John Michael Ford and his wife Paula, Justin Ford and Kristin Ford; and great grandchildren Nicholas Malhouitre, Nolan Malhouitre, Kaya Saks, Hailey Saks, Veda Kenny, and Robert J. Nickerson, IV. Also surviving is her sister Ethel McElwain, and brothers John Strehl (Gloria), Mike Strehl (Vicki), and David Strehl (Debbie); sister-in-law Betty John Sharpe and several nieces and nephews.

The Ford family would like to thank the staff of Wellington Parc for their excellent care of Dot during her stay.

Funeral services will be private with a celebration of life to be held in the future.

Expressions of sympathy may take the form of donations to First Baptist Church, the Alzheimer's Association or the charity of one's choice.

Memories and condolences may be offered online at www.glenncares.com.