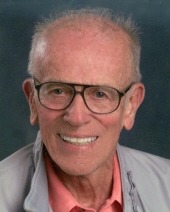 Dr. R. Glenn Greene, 93, a long-time Owensboro physician, died Sunday, December 18, 2022. He was the son of the late Albert Reams and Lois Greene of Nashville, TN and husband to the late Virginia Arnold Greene. Glenn grew up in Nashville, TN, attending Montgomery Bell Academy and later earned his undergraduate degree at Vanderbilt University. He graduated from Vanderbilt Medical School in 1954. After graduating from medical school and completing his residency, Glenn was drafted into the U.S. Army during the Korean War. He served in the Medical Corps from 1957 to 1959 at Fort Chaffee, Arkansas.

While serving in the Army, Glenn was introduced to aviation, which became a life-long passion. He eventually crisscrossed the U.S. piloting his own airplanes, served as a part-time commercial pilot for a regional airline in Kentucky, and later served as a part-time corporate jet pilot. In addition to being a skilled pilot, Glenn was an accomplished musician (piano, clarinet and saxophone) who played events throughout Middle Tennessee while living in Nashville. Glenn was also an avid traveler, having completed numerous excursions around the world with family and friends.

In retirement, Glenn continued to reside with Virginia in Owensboro while continuing to travel and enjoying family and friends. Glenn was a devout Christian and a member of Hillsboro Church of Christ in Nashville, TN. He also attended and taught an adult Sunday school class at Third Baptist Church in Owensboro.

In addition to his parents, he was preceded in death by his wife, Virginia Arnold Greene; and a sister, Helen Jones (Richard) Proos of Mountain City, TN.

Funeral services will be held at 11 a.m. on Wednesday, December 28, 2022 at James H. Davis Funeral Home and Crematory. Entombment will be in Rosehill Cemetery Mausoleum. Visitation is from 3 to 6 p.m. on Tuesday, December 27, 2022 and from 10 a.m. until the time of service on Wednesday at the funeral home.