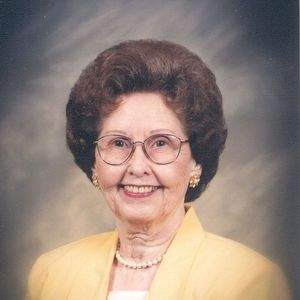 Mrs. Crowe was preceded in death by her parents, her beloved husband of 65 years, Myrvin D. Crowe, and her three brothers, Albert, Frank, and Morton Paris all of Owensboro, as well as several half-brothers and half-sisters.

Fanny was employed by General Electric on her 18th birthday and retired from there after 43 years of service. She was a faithful member and supporter of Hall Street Baptist Church for many years. She enjoyed spending time with her family and friends. Her favorite pastimes were watching University of Kentucky basketball games, taking road trips with friends, listening to gospel music and country music, and talking with people. She was known for her sense of humor and as one who "never met a stranger."

She spent her last few years as a resident at Carmel Home where she enjoyed socializing with other residents and was cared for by a kind and compassionate staff, for which her family is very appreciative and thankful.

The funeral service will be at 4:00 PM CDT, Sunday, August 1 at Glenn Funeral Home and Crematory, 900 Old Hartford Road, Owensboro. Visitation will be Sunday from 1:00 PM until 4:00 PM CDT. Burial at Rosehill Cemetery will be private.