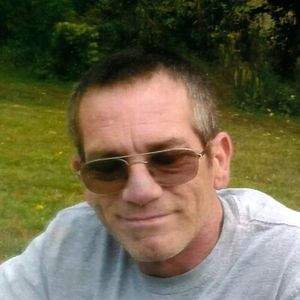 Francis "Frank" Stallings, 58, of Owensboro, passed away Wednesday, September 15, 2021, at Select Specialty Hospital in Evansville. The Daviess County native was born September 8, 1963, to the late Joseph Victor Stallings, Sr., and Emma Kathleen Stallings. Frank graduated from Owensboro High School (class of 1981) and participated in ROTC. He was a member of the Sons of the American Legion in Rockport, Indiana. Frank was a mechanic, a plumber, and a truck driver. But most of all, he loved spending time with his grandkids and family gatherings. When he had the time, Frank also enjoyed watching NASCAR.

The funeral service will be 2:00 pm Tuesday with visitation from 10:00 am until 2:00 pm at Glenn Funeral Home and Crematory. Burial will be in Rosehill Cemetery.