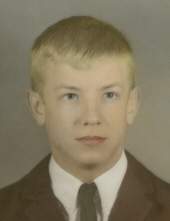 Gerald Alvin Kennedy, 72, of Owensboro, passed away Wednesday, November 18, 2020 at Twin Rivers Nursing Home. He was born August 30, 1948 in Louisville to the late Harry and Sue Kennedy. Gerald was a Vietnam veteran serving in the U.S. Army from 1968 to 1970 and attended Western Kentucky University and Kentucky Wesleyan College. He worked as an electronics tech at Gordon Brackett.

Graveside services will be at 1 p.m. on Monday in Elmwood Cemetery with military honors. James H. Davis Funeral Home is in charge of arrangements.