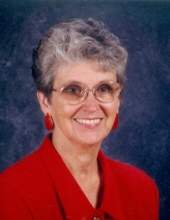 Grace Carter Ford, 88, of Owensboro passed away on September 16, 2021 at Carmel Home. She was born in Louisville on April 12, 1933, to the late William Earl Carter and Gertrude Probus Carter. In 1950, she graduated with the last all-girls class at Shawnee High School in Louisville and was a 1955 graduate of Georgetown College. She held an MA from Western Kentucky University.


Grace filled many roles in Daviess County and surrounding communities throughout her long and fruitful life. Her career in education spanned 47 years. She taught 7th and 8th grades at Snyder school throughout the 1960s. Later, she was both a teacher and guidance counselor at Apollo High School until 1989. Following retirement from the Daviess County school system, she served as the CATS coordinator at McLean County High School for ten years in addition to teaching writing classes at Owensboro Junior College of Business.
Grace was well known for her take-charge personality and organizational skills. She was an active member of the National Alliance on Mental Illness (NAMI). In later life, she coordinated the founding and operation of the Joe Ford Nature Center, which started as the Joe Ford Library at Brescia College and later moved to its current location at the Joe Ford Nature Park. For several years she authored the Nature Notes weekly column in the Owensboro Messenger and Inquirer.


Grace was a devout Christian and a member of Utica United Methodist Church at the time of her death. She served as church organist at several churches throughout her life, including Christ Presbyterian and Calhoun Methodist Church. In her spare time, she enjoyed sewing and was an avid gardener; the landscaping at her long-time home near Utica was to be envied.
Grace was preceded in death by Owensboro’s favorite naturalist and her husband of 13 years, Joe Ford. In addition to her husband and her parents, she was preceded in death by one sister Rhuelma (John) Gagel, and one brother, Homer (Mary Martha) Carter. She is survived by one sister, Roberta (Harry) Wainscott of Jacksonville, Florida; three sons, Gary (Laura) Taylor of Charleston, SC, Kenneth Taylor (Rebecca Feland) of Lawrenceburg, KY, and Ronald Taylor of Princeton, KY; foster daughter Donna Speight (Dan); two granddaughters, Sara (Andrew) Boissonneau, of Arlington, VA, and Colby Taylor of Austin, TX; two great-grandchildren, Jack and Mary Taylor Boissonneau of Arlington, VA; companion Bob Christie; and many nieces, nephews, and close friends who will cherish her memory.


Funeral services will be held at 11:00 a.m. on Wednesday in the chapel at James H. Davis Funeral Home & Crematory. Burial will follow in Elmwood Cemetery. Visitation is from 4:00-7:00 p.m. on Tuesday and after 9 a.m. on Wednesday at the funeral home.

In lieu of flowers, please consider a donation to the Joe Ford Nature Center.