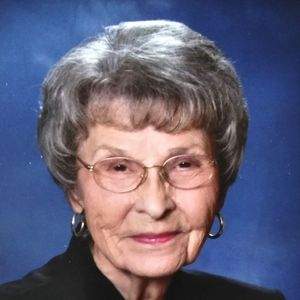 Grace E. Hillyard Blair, 89, of Owensboro passed away Tuesday, April 14 under the care of Heartford House/Hospice of W. Kentucky. Born Grace Elizabeth Arflack April 27, 1930 in Crittendon County to the late George and Deedee Brantly Arflack, Grace graduated from Mattoon High School in 1947. She was employed by S.W. Anderson, Danhauer Drugs, Dennis & Akers Drugs, Southern Optical and was owner of Grace's Country Store. Grace was a member of Trintiy UMC where she attended the Upper Room Sunday School class and the Encouragers and Trinity Gals group. She also served as coordinator for Young at Heart and the church financial secretary for many years. Grace loved her church and church family.

In compliance with health and public safety directives, Mrs. Blair's funeral arrangements at Glenn Funeral Home and Crematory will be private. Burial will be in Elmwood Cemetery.

Expressions of sympathy may take the form of contributions to Heartford House/Hospice of W. Kentucky 3410 Wathen's Crossing Owensboro, KY 42301.

Memories and condolences for the family of Grace may be left at www.glenncares.com