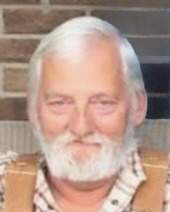 Gregory Wayne Aull, 70, went home to his Heavenly Father on Sunday, September 4, 2022, at Signature Healthcare at Hillcrest while under the care of Hospice of Western Kentucky. He was born January 28, 1952 to Ray (Pete) Aull and Grace Wood Aull Gillim, who preceded him in death. He is a native of Owensboro, KY. Wayne worked at Green River Steel, Owensboro Brick and Tile and Packages Plus. He was a devout ELVIS fan and a true believer in Elvis's motto "TCB" taking care of business. Greg was an avid motorcyclist who served as Director for the Kentucky Motorcycle Association and was proud to have been a security escort for George W. Bush in 2004. He loved to participate in charity bike rallies especially in support of Toys for Tots and was a staunch supporter of Friday after 5 even if he had to attend in his wheelchair. He was always willing to help others in need. His friends and neighbors always referred to him as kind, loving and generous and fun to be around. He had an enthusiastic sense of humor and loved to sing and Karaoke, especially Elvis's songs.

Wayne will be missed by many, but he is rejoicing with his loved ones who have gone before him and has escaped the pain of his earthly body.

Funeral services and Celebration of Life will be at 1 p.m. on Friday, September 9, 2022 in the chapel at James H. Davis Funeral Home & Crematory with Brother Tim Hall officiating. Burial will follow in Elmwood Cemetery. Visitation is from 10 a.m. until service time on Friday at the funeral home.