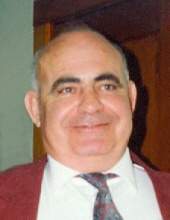 James "J.C." Gaddis, 81, of Owensboro, died Saturday, August 28, 2021 while under the care of Hospice of Western Kentucky. He was born on April 20, 1940 in Daviess County to the late Robert Gaddis and Mary Elizabeth Miner Gaddis. J.C. retired from the Owensboro City Landfill and enjoyed fishing and woodworking.

Services will be at 1 p.m. on Wednesday at James H. Davis Funeral Home & Crematory. Entombment will follow at Rosehill Cemetery Mausoleum. Visitation will be on Wednesday from 10 a.m. until the time of the service at the funeral home.