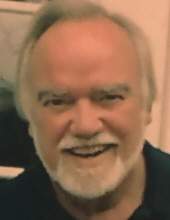 James L. Hawkins, 76, of Owensboro died Friday, March 26, 2021. He was born in Owensboro on March 8, 1945 to the late Virgil Hawkins and Frances Overlin Hawkins. Jim was retired from Commonwealth Aluminum. After his retirement he started a new career developing apartments beginning with Heritage Park in Owensboro and then all over the tri-state. He attended Owensboro Christian Church and served his country as a member of the United States Army during Vietnam. In addition to his parents, he was preceded in death by his wife, Helen Hawkins.

Private services will be held at James H. Davis Funeral Home & Crematory. Entombment will follow in Rosehill Cemetery. Visitation will be on Tuesday, March 30, 2021 from 10:00am until 11:00am at the funeral home.

Expressions of sympathy may take the form of donations to Habitat For Humanity, 1702 Moseley Street, Owensboro, KY 42303.