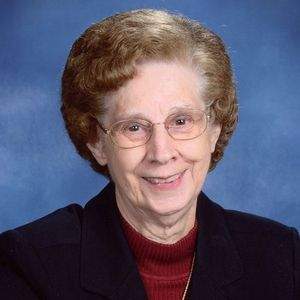 Jane S. Kaufmann, 87, of Owensboro, passed away Sunday, October 10, 2021, at her home. She was born in Philpot, Kentucky, to the late Forrest H. and May Coons Sublett.

Jane was a 1952 graduate of Daviess County High; earned her B.A. at Kentucky Wesleyan College, where she was recognized as valedictorian in 1956; and completed her education with a master's degree in education from Indiana University in 1960. She retired in 1992 following a long career teaching in elementary schools in Glasgow, Kentucky, Warrensville Township Schools in Ohio, and seventeen years in Daviess County Schools. Mrs. Kaufmann was a member of Daviess County Retired Teachers' Association and a longtime, active member of Dawson Baptist Church in Philpot, where her many activities included serving as a Sunday school teacher for decades and directing VBS for several years.

Historically, Jane was a voracious reader, kept close tabs on her kids, grandchildren—and granddogs—through (meticulously written) letters and cards, and was always working on a craft or new recipe. She excelled at sending the right note at just the right moment and will be remembered as someone whose word was golden, who volunteered countless hours for many causes, and always showed up (on time) when needed.

In addition to her parents, she was preceded in death by her husband of 44 years, Roger Gill Kaufmann in 2008; a sister, Doris M. Sublett; and a brother, Forrest C. Sublett.

The service will be at Noon, Monday, October 18, at Glenn Funeral Home and Crematory, where visitation will be Sunday from 2:00 until 5:00 PM and Monday after 11:00 AM. Burial will be at Rosehill Cemetery.