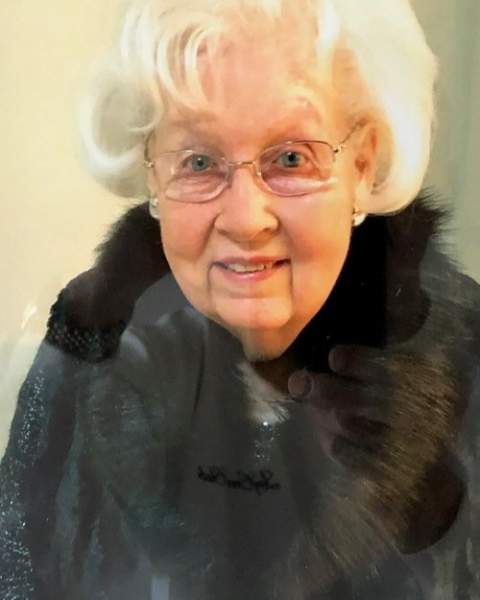 Jane Latimer Stevenson, 91, died on Friday, November 4, 2022. She was born in Owensboro on March 20, 1931 to William and Dora Lee Birk Stevenson. Jane attended Owensboro High School where she was a member of Rose Curtain Players, the Science Club, International Relations Club, and Girl Scouts. She was voted Most Popular in the class of 1949. Jane attended Hollins College in Hollins, Virginia before transferring to Centre College in Danville, Kentucky where she graduated in 1953. As a trustee on the Centre College Board, Jane served from 1974-2014.  She continued to serve as trustee emeritus until her death.

Education was Jane’s passion. As guidance counselor at Daviess County High School for 34 years, she inspired students to reach beyond their dreams. Ray Gillaspie, Chief Financial Officer for Madisonville Community College shares this story; “College was certainly not a possibility until Jane Stevenson made that a reality. I am perplexed as to what made her even think of the possibility.  She knew I was ill prepared for college, did not have money, transportation, or a support group.  When Jane goes to work on a mission, things happen that only she could put together.  She made sure I had a job, financial aid, clothing, and a new pair of Bass Weejuns for the interview. I could not disappoint her. I have worked hard to show others the same servant leadership and compassion she showed me back in 1969. I can’t help but wonder how many others Jane has served. I do know others who say the same thing: “If it had not been for Jane Stevenson…”.

Jane sponsored Student Council for many years. In March of 2021, the late state senator, Joe Bowen, wrote a letter to Jane. “There are a handful of people who have had an influence on what I have managed to accomplish in life and to whom I owe a debt of gratitude. Please know if it were not for you my cherished experience in politics likely would not have come to fruition.  In 1968 you sought me out to address the Daviess County High School student body on the importance of school unity.  You introduced me to an inner energy I did not realize I had. I was shocked that you chose me but to this day I am so glad you did. Thank you for having that confidence in me!”

Jane’s civic involvement included Owensboro Symphony Board Chair, Regent (President) for General Evan Shelby Chapter of the Daughters of the American Revolution, member of the Western Kentucky Botanical Gardens, Board of the Kentucky Presbyterian Seminary, Elder and Teacher at First Presbyterian Church, and a member of the Owensboro Women’s Guild. Jane was a life-long learner.  At age 66, she graduated from Leadership Kentucky where she remained active until recent years. She was instrumental in the development of Kentucky’s Governor’s Scholar program and served on the governing board.

Jane was preceded in death by a cousin, Ann Birk Stavis on April 2, 2014.  Surviving are her cousins, Eleanor Birk Sutton and William Birk Taylor (wife Maggie), and the children of her cousins, William Birk Sutton, Holly Stavis, Jane Saylor, and Richard Birk Taylor. The family is grateful to caregivers Nancy and Jenna Jones and Loraine Ennis. They loved Jane as she loved them.

Services will be 1 PM Saturday, November 12, at First Presbyterian Church.  Burial will follow in Rosehill Cemetery.  Visitation will be from 3 PM until 7 PM Friday at Glenn Funeral Home and Crematory.

Expressions of sympathy may be made in the form of donations to First Presbyterian Church or to Centre College.  Messages and condolences to the family can be shared at www.glenncares.com.