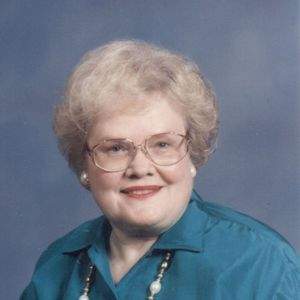 Jean Earle Felix, daughter of the late Earl and Margaret Fuchs Felix, was born November 29, 1931, in Owensboro and died at her home on May 23, 2022. Her sister Martha Ann Felix Nebgen preceded her in death in 2010. Jean was a graduate of Owensboro High School. She graduated with superior honors in organ from Stephens College in 1952. While at Stephens, she was a member of Sigma Gamma Gamma, a music honorary society, and Phi Theta Kappa, an international honor society for students seeking associate degrees. At Stephens, she served as president of the campus chapter of the American Guild of Organists. Jean graduated from Indiana University in 1954, summa cum laude, with a Bachelor of Music degree in organ performance. She served as president of Mu Phi Epsilon and was also a member of Phi Kappa Lambda, a national honorary scholastic society in music.

Jean taught private piano and organ lessons for many years, and was a devoted organist at Settle Memorial United Methodist Church for more than 20 years. She was a partner in J.C. Rudd, Son and Company insurance agency for more than 30 years. Jean held various offices in the Kentucky Federation of Music Clubs and the Owensboro Choral Society where she played the organ for many years in the society's annual presentation of The Messiah. She was a member of the American Guild of Organists and the Yellowbanks Dulcimer Society where she loved playing her Appalachian dulcimer with friends. A life-long member of Settle Memorial United Methodist Church, Jean was a member of the Mary Lou Phillips Sunday School Class and served on various committees including the Administrative Board, the Memorial Committee, and the Staff-Parish Committee. She was among the group contributing to the needlepoint projects for the church altar, including kneeling and chair cushions. In addition to needlepoint, she enjoyed knitting and crossword puzzles. Jean was so creative, loving, and caring, and touched many, many lives. She will be greatly missed by her family and friends.

The funeral service will be at noon Monday, June 20th at Glenn Funeral Home and Crematory with visitation beginning at 10 a.m. Burial will be in Rosehill Cemetery. Memories and messages of condolence for the family of Jean Earle Felix may be shared at www.glenncares.com.