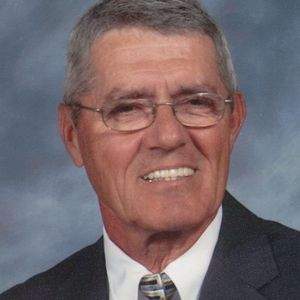 Jerry Lee Lambrich, 81, of Philpot, "Met His Maker", as he liked to say, on Friday, September 25, 2020 at his home. He was born August 24, 1939 to Viola Mildred Mitchell in Flora, Illinois. Jerry was an Army veteran and proudly served his country as a Private First Class/Military Policeman from 1956 until 1959. He retired from W. R. Grace after 28 years as a maintenance machinist. "Brother" Jerry served his community and his Lord as a bi-vocational minister for 21 years at Friendship Baptist Church in Philpot and for four years at Immanuel Baptist Church in Owensboro. Before becoming an ordained minister, he was called by the Holy Spirit to spread the gospel while on multiple foreign mission trips around the world. Other than leading people to Christ, he also enjoyed building hot rods, playing golf, playing bluegrass and gospel music, and watching U. K. basketball.

Jerry was fortunate to live long enough to enjoy six grandchildren and nine great grandchildren that he loved very much, (except for maybe when they held the door open too long!!). He was preceded in death by his mother, Viola Mitchell and a sister, Shirley Coffman.

The funeral service for Jerry will be Monday, September 28, at Glenn Funeral Home and Crematory with limited attendance. Burial will follow in Rosehill Cemetery with full military honors. Visitation will be from 2 PM until 6 PM Sunday, September 27 and from 8:30 AM until 9:30 AM Monday at the funeral home.

The number of those attending the visitation and service for Jerry shall be within current health and safety directives. Family and friends shall wear appropriate personal protective masks and when attending shall enter the doors near the flag pole on the Breckenridge Street side of the building.

In lieu of flowers, the family requests that memorial contributions be made to Hospice of Western Kentucky, 3419 Wathens Crossing, Owensboro, KY 42301. Memories and condolences to the family can be shared at www.glenncares.com.