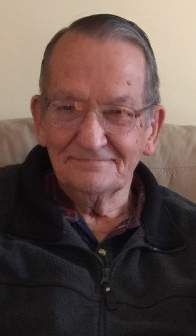 John C. Fleming, Jr., 94, of Owensboro passed away Wednesday, December 2, 2020 at Owensboro Health Regional Hospital and went to be with the Lord. He was born in Sharon Grove, Kentucky on November 23, 1926 to the late John Clem and Mary Etta Cook Fleming.
John attended Todd County High and graduated as the Salutatorian. He went on to Campbellsville College where he majored in Religious Studies. John served in the United States National Guard. John, an ordained pastor in Logan County, Kentucky, also served as a school teacher, in several Kentucky counties. He repaired smoke stacks, chimneys, and radio transmission towers, and learned electrical engineering by correspondence study through the Cleveland Institute of Electronics. J. C., as he was known, went on to work for Texas Gas and while there began his business, Fleming T.V., which continued for more than four decades. Earlier in life, he enjoyed hunting and fishing with family, and later, gardening and working crossword puzzles – in ink! J.C. devoted the last decade of his life to the loving care of his wife.
Along with his parents, John is preceded in death by his daughter, Sherry Fleming; and his sister, Mary Fleming Kutheis.
J.C. is survived by his wife of 66 years, Imogene Hack Fleming; son, James “Keith” (Rina) Fleming; Connie (Charles) Cain, who became loved members of the family along with their children; by grandchildren, Dr. James K. Fleming Jr. and Dr. Amanda (Michael) Marsch; brother, James S. Fleming; brothers-in-law, Rev. Billy Hack and John Hack. He is also survived by nieces and nephews.
Private services will be held for the family at Haley McGinnis Funeral Home & Crematory, with burial to follow at Rosehill/Elmwood Cemetery.
All twenty-five loved ones who wish to honor John at the visitation and funeral are required to wear a mask while inside the funeral home for the safety of all those in attendance.
Haley McGinnis Funeral Home & Crematory is both honored and privileged to be entrusted with the care of Mr. Fleming. Share your messages of condolence with the family of John C. Fleming, Jr. and sign his virtual guestbook by going to www.haleymcginnis.com