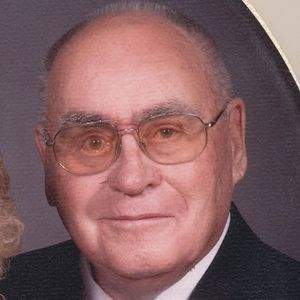 Joseph Edward "Eddie" Logsdon, 93, of Owensboro went to be with his Lord and Savior Saturday, April 4, 2020 under the care of Hospice of W. Kentucky. Born May 26, 1926 at Shaw's Bluffs in Daviess County to the late Anthony and Mary Patterson Logsdon, Eddie served honorably in the U.S. Navy during WWII first on the destroyer USS Roe and then on the submarine tender USS Euryale AS 22. He was employed with CSX Railroad in communications and retired after 40 years. Eddie was a member of Hall Street Baptist Church until it closed and then at Riverside Baptist Church. Most people know Eddie through his devoted affiliation with the Owensboro Masonic Lodge #130 where he served as a Past Master as well as a District Deputy of Kentucky for the Eastern Star.

In compliance with health and public safety directives, Mr. Logsdon's funeral arrangements at Glenn Funeral Home and Crematory will be private. There will be a public memorial service at a later date.

Expressions of sympathy may take the form of contributions to Hospice of W. Kentucky, 3419 Wathen's Crossing Owensboro, KY 42301 or a charity of choice.

Memories and condolences for the family of Eddie may be left at www.glenncares.com