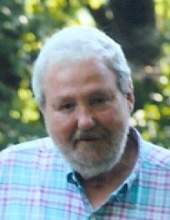 Kenneth Edward Adkins, 76, of Lewisport, passed away on Thursday, May 26, 2022 while under the care of Hospice of Western Kentucky. He was born December 27, 1945 in Daviess County to the late Orville "O.D." and Rhoda Adkins. Kenneth retired from Daramic and was a U.S. Army veteran. He was a member of the NRA. He enjoyed antiques, clocks, pocket watches, tinkering, going to auctions, flea markets, and raising a garden. But most of all, he loved spending time with his family.

In addition to his parents, he was preceded in death by his wife of 41 years, Deborah Kaye Adkins in 2017.

Funeral services will be at 11 a.m. on Wednesday in the chapel at James H. Davis Funeral Home & Crematory. Burial will follow in Rosehill Cemetery. Visitation is from 2 to 6 p.m. on Tuesday and after 9 a.m. on Wednesday at the funeral home.