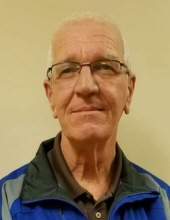 Kenny Malone, 64, of Owensboro, passed away on Saturday, April 16, 2022 at University of Louisville Jewish Hospital. He was born April 2, 1958 in Daviess County to James "Jimmy" Marvin Malone and Glenda Wright Crump. Kenny retired from CRS One Source after 44 years as a sales agent. He was a member of Macedonia Baptist Church and Windridge Country Club. He loved golf, getting five hole-in-ones. Kenny enjoyed playing pool and was a competitive bowler with several 300 rings. He coached baseball at Eastern Little League. Kenny never met a stranger. But most of all, he loved his family.

He was preceded in death by his father, James "Jimmy" Malone.

Funeral services will be at 10 a.m. on Thursday at James H. Davis Funeral Home & Crematory. Burial will follow in Elmwood Cemetery. Visitation is from 3 to 7 p.m. on Wednesday and after 9 a.m. Thursday at the funeral home.