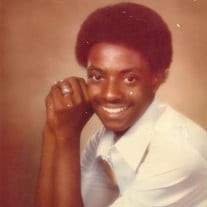 Keylon attended and ran track at both Kentucky State University and David Lipscomb College in the early 1980s. He loved all sports and participated regularly until he was injured in 2001. He collected swords, was a die-hard Duke University fan and loved his family.

Keylon gave his life to Christ at an early age and became a member of Calvary Baptist Church in Henderson, Kentucky.

Condolences and memories may be made online at www.mcfarlandfh.com