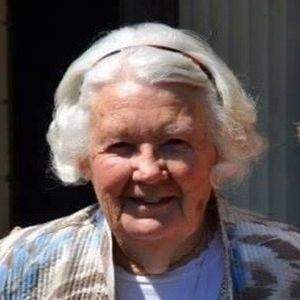 Lena Best Lovan, 99, of Owensboro passed away on Feb 4, 2021, just days from turning 100, in Tarpon Springs, FL, where she had been residing with her daughter and son-in-law for the past few years.

Lena was born in Owensboro to the late Walter and Katie Lea Best and was one of ten children, all raised on a small farm in Daviess County. After enduring the Great Depression and graduating from Daviess County High, she married Alfred Lovan (a veteran who served in WWII in Europe) in 1942. They lived in Owensboro, Ashland, Florence and Louisville before finally returning to Owensboro. Throughout these moves, while raising three kids, she valued, cherished and maintained an active church life and close ties to her extended Best and Lovan families. Lena volunteered for many years at the Third Baptist Church Soup Kitchen and the Help Office of Owensboro. Lena was also all about food: growing, canning, cooking and sharing with everyone. She was an avid reader, loved to watch sporting events (especially UK Basketball and NASCAR) and was known for her quilts and needlepoint. Her love for and relationship with Jesus was the basis for her life of service to others. She lived a remarkable life and left a tremendous legacy to all who knew her. Above all, she was beloved as Mom, Grannie, Grammie, Momma Lena, Aunt Lena or simply as "Lena".

Lena was preceded in death by her husband, Alfred, in 1982; her brothers, Edward Best and Walter "Mick" Best; and sisters, Miriam Rouse and Dorothy Berry.

Due to Covid concerns, there will be no public visitation or funeral service. Burial will be in Rosehill Cemetery. A special memorial service honoring "A Life Well Lived by Lena" will be held at a date later in 2021.

Memories and condolences may be offered online at www.glenncares.com