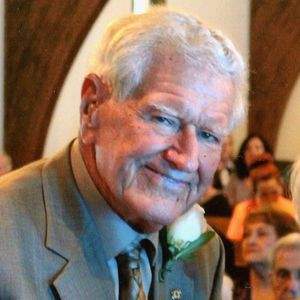 Lester "Les" E. Beller, 89, of Owensboro went to see his Lord Friday, March 4, 2022, with his wife, Mary Lois at his side. The McLean County native was born June 6, 1932, to the late Lester E. Beller Sr. and Augusta Atherton Beller. Lester married Mary Lois O'Flynn on October 1, 2016. He was a graduate of Calhoun High School. Les worked at the United States Postal Service for 30 years. Prior to the U S Postal Service, he served in the U S Army and was in the Korean War. Les was a member of the Veterans of Foreign War and Settle Memorial United Methodist Church but also attended Christ Community Church on a regular basis with Mary Lois. He was a member of the Rizpah Shriners and a master mason of the Yellow Banks Owensboro Lodge 130. He was a member of Travelers Protective Association over 50 years. Les loved family gatherings, the beach, golfing, traveling and UK basketball.

In addition to his parents, Les also was preceded in death by his wife of 38 years, Anita Coffin Beller in 2014; brothers William Presley Beller and Franklin Fay Beller; sisters, Helen Willis and Ann Strong.

The funeral service for Les Beller will be noon, Wednesday at Glenn Funeral Home and Crematory with visitation from 10:00 am until time of service. There will be a Masonic service at 11:30 am prior to the funeral. Burial with military honors will be in Elmwood Cemetery.

Condolences and memories for the family of Les Beller may be left at www.glenncares.com.