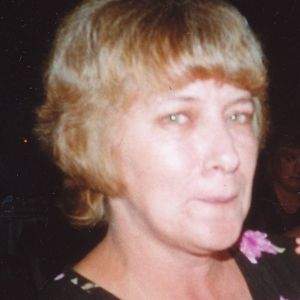 Linda Faye Wilkins Falloway, 69, of Owesboro, passed away December 29, 2020, at Owensboro Health Regional Hospital. She was born February 14, 1951 in Owensboro to the late Kenneth and Evelyn Wilkins. Family was everything to Linda, and she loved her children and grandchildren above all else.

Along with her parents, she was preceded in death by her husband, Ronald Falloway; her sister, Darlene Massie and her husband, Bill; and her brother, Donnie Wilkins.

The funeral service with limited attendance will be Saturday, January 2nd at Glenn Funeral Home and Crematory. Burial will follow in Elmwood Cemetery. Visitation will be from 10am until 1:30pm Saturday at the funeral home.

All who attend the visitation and service for Mrs. Falloway shall be within current health and safety directives. Visitors shall wear personal protective masks and enter the doors near the flagpole on the Breckinridge Street side of the building.

Expressions of sympathy may take the form of donations to the American Cancer Society, 1640 Lyndon Farm Court Suite 104, Louisville, KY 40223.