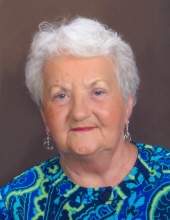 Louise Bazzill Roberson, 84, of Owensboro, passed away March 12, 2021 at her home. She was born June 6, 1936 in Leachville, Arkansas to the late Charlie and Maudie Bazzill. Louise retired from S.W. Anderson Department Store and was a member of Lewis Lane Baptist Church.

In addition to her parents, she was preceded in death by her husband of 60 years, Edward W. Roberson.

Funeral services are private. Burial will be in Elmwood Cemetery. James H. Davis Funeral Home & Crematory is in charge of arrangements.