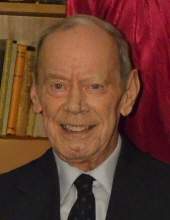 Lowry Wells Pirtle, 79, husband, father, grandfather, and born again Christian went to be with his Lord and Savior, Jesus Christ on June 23, 2021.

He passed peacefully at his home under the care of Hospice surrounded by his family. He was a current and charter member of Bellevue Baptist Church. He served his Lord in the following capacities through Bellevue Baptist Church and Buena Vista Baptist Church: receiving committee, usher, 3 years as the assistant church treasurer, 29 years as the church treasurer, 32 years as a member of the budget committee and the finance committee. He had a great sense of humor and was responsible for much of the laughter coming from the Love and Laughter Classroom on Sunday mornings at Bellevue .

He enjoyed family and friends, hunting, fishing, golf and shooting sports. He was a U. S. Army veteran of the Vietnam era and retired from Hospice of Western Kentucky.

He was born in Logan County to the late Garland O. Pirtle and the late Elsie Spickard Pirtle Coursey. Besides his parents, he was preceded in death by his grandson, Zachary Tyler Warren.

Survivors include his wife, Joyce. Their marriage was arranged by God and lasted for 54 years, until his death. He had one daughter, Susan (Craig); two granddaughters, Sarah and Megan; three step-grandchildren, Courtney (Doug), Brittany (Jason), and James (Kara); one brother, Lanny (Alice); one half­ sister, Sherri (Therman); one half-brother, Jason; one step-sister, Joanne; three nieces, Janet, Karen (Ted), and Sharron; three step-great-grandchildren, Evan, Owen and Sabine; and many great-nieces and great-nephews. He had two cousins, Charlotte (Bob) and Bretta.