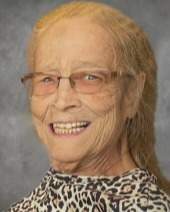 Margaret "Jeannie" Gaddis Johnson, 75, of Owensboro passed away Tuesday, October 11, 2022 at her home. She was born November 23, 1946 in Owensboro to the late Ernest and Rowena Kincaid Gaddis. She retired from Pinkerton Tobacco and was a Kentucky Colonel. Jeannie enjoyed all her babies and the casino. She will be dearly missed.

In addition to her parents, she was preceded in death by siblings, Teddy Allen Gaddis, Faye Gansky, Robert "Bobby" Gaddis, and Scotty Kay; and a great-granddaughter, Emmalynn Adkins.

Funeral services will be at 1 p.m. on Friday, October 14, 2022 in the chapel at James H. Davis Funeral Home & Crematory. Burial will follow in Elmwood Cemetery. Visitation is from 3 to 7 p.m. on Thursday and from 11 a.m. until service time on Friday at the funeral home.