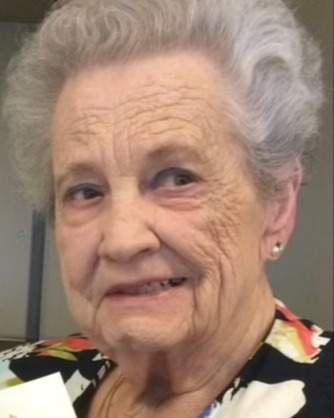 Mary Ruth “MA” Addington, 96, of Owensboro, passed away November 3, 2022, at Owensboro Health Regional Hospital. She was born July 8, 1926, in Daviess County, to the late Christopher and Emma Lamm. Mary was a member of St. John United Methodist Church, where she enjoyed singing in the choir. She was a 50 year member of the Order of the Eastern Star, Acacia Chapter #46 and the White Shrine. She previously worked at Gabe’s Restaurant, volunteered at the Owensboro hospital for 20 years, and at the River Park Center for 18 years. Mary enjoyed visiting Rough River and getting ice cream from Nick’s Boat Dock. She was a great cook, and loved cooking for her family, especially Sunday breakfast which began at 10am sharp. Mary could best be described as a “firecracker,” she was sassy, direct, and humorous.

In addition to her parents, she was preceded in death by her husband, Jesse “Red” Addington; and her brother, Christopher Lamm Jr.

Memories and messages of condolence for the family of Mary Ruth Addington may be offered online at www.glenncares.com.