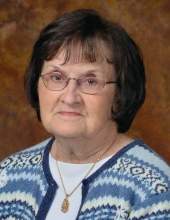 Mary Lou Cunningham, 91, of Owensboro, passed away March 25, 2021 at her daughter's home in Oxford, Florida. She was born July 18, 1929 in Dale, Indiana to the late Horace and Lydia Schwinn Walter. Mary Lou was a homemaker and had worked as a bookkeeper for Ames Company. She was a graduate of Locklear Business College.

In addition to her parents, she was preceded in death by her husband of 59 years, James Carl Cunningham; two brothers, Carl and Melvin Walter; and a sister, Jo Ann Walter.

Funeral services will be at 12:00 p.m. noon on Saturday in the chapel at James H. Davis Funeral Home & Crematory and will be live streamed at www.davisfuneralhome.com. Entombment will follow in Rosehill Cemetery Mausoleum. Visitation is from 10 a.m. to 12 p.m. noon at the funeral home. The number of those attending the service or visitation shall be within the current health and safety directives. Family and friends shall wear personal protective masks.