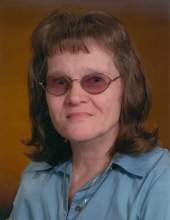 In addition to her parents, she was preceded in death by her brother, Danny Henze and sister, Vicky Henze.

Funeral services will be at 11 a.m. on Friday in the chapel at James H. Davis Funeral Home & Crematory. Burial will be in Rosehill Cemetery. Visitation is from 3 to 6 p.m. on Thursday and after 10 a.m. at the funeral home.