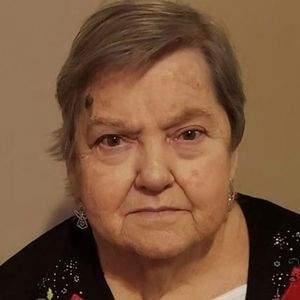 Mary Jo Harrington, 86, of Owensboro, passed away on Saturday, January 8, 2022, at Owensboro Health Regional Hospital. She was born March 7, 1935 in Jefferson County to the late William I. and Mary Evelyn Lardner James. Mary Jo was retired from General Electric after 37 years and was a member of St. Stephen Cathedral. She enjoyed playing bunco, cards, crocheting, and working crossword puzzles. She was an avid University of Louisville basketball fan, loved babysitting, and watching her grandchildren's sporting events. Mary Jo was also preceded in death by her husband, Jerry Harrington in 1983, a son, Tony Harrington in 2012, a daughter, Cathy James in 1990, and her siblings, Martha Craig, William I. James, Jr., and Robert B. James.

Funeral services for Mary Jo will be Noon Thursday, January 13, at Glenn Funeral Home and Crematory. Burial will follow in Elmwood Cemetery. Visitation will be from 9 AM until Noon Thursday at the funeral home.