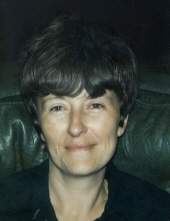 Mattie Byral-Dean Brown, 85, of Owensboro, passed away March 18, 2021 at Owensboro Health Regional Hospital. She was born August 23, 1935 in Owensboro to the late Armit and Pearl Dean McKinley. Mattie worked for General Electric, W.R. Grace and retired from Duramic.

In addition to her parents, she was preceded in death by her husband, Ronald Brown; son, Michael E. Brown; daughter, Sandra White; and two sisters, Wanda and Rachael.

Graveside services are private. Burial will be in Elmwood Cemetery. James H. Davis Funeral Home & Crematory is in charge of arrangements.