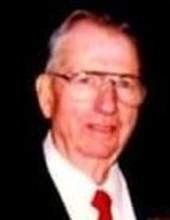 Melvara "Dubby" McGuire, 91, of Owensboro passed away on Tuesday, April 7, 2020 at Owensboro Center. He was born December 31, 1928 and raised on a farm in Comanche County, Texas. He graduated from Comanche High School in 1946 and was a crew engineer for the U.S. Air Force from 1949 to 1953 at Vance AFB in Enid, Oklahoma. Dubby attended Oklahoma State Tech in Okmulgee, Oklahoma for electronics from 1954 to 1956. He was recruited from college into the Cable TV industry. He operated systems in New Mexico, Texas, Ohio, Alabama and Kentucky. He had a 36 year career. He moved to Owensboro in 1985 as manager of Owensboro Cablevision and was district manager for Century Communications until his retirement in June 1992.

Dubby's favorite hobby was flying and competing in radio control airplane competitions in the 1960's and 1970's. After retirement, he enjoyed working in his yard.

He was preceded in death by his parents, O.B. "Otho" McGuire and Gladys Sue Lane McGuire; his wife of 62 years, Jenny McGuire; and sister, Iris Elliott.

He is survived by his daughter and son-in-law, Judy and Greg Cox of Texas; and sister Laquita Scott and her husband Reggie of Texas.

In compliance with health and public safety directives, private family services will be held at Rosehill Cemetery.

Dubby's funeral services will be available for viewing at www.davisfuneralhome.com.