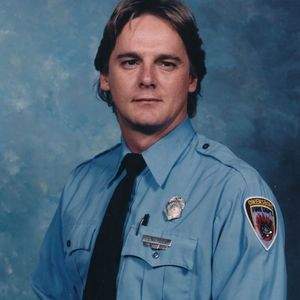 Nathan Stanley "Stan" Mock Jr., 64, passed away April 6, 2020, after complications while receiving a heart transplant at Vanderbilt University Hospital. The last two years of his life were the most challenging as he battled bravely and without fear to receive the gift of a heart. It was a battle he has now won as he rests in the spirit of the sky.

Stan graduated from Owensboro High School in 1973, where he was an outstanding football and track athlete. He took his talents to Eastern Kentucky University on Division 1 track and football scholarships. At EKU, he majored in architecture. Stan went on to become a high jump coach for Junior Olympics in 1971.

He retired from Owensboro Fire Department and later owned a construction company with his father, in which his gifts and talents to draw and build allowed him to do amazing work.
Stan's passions were history, antiques, guns of all shapes and sizes, hunting and fishing. He loved the sun, the ocean, and the moonlight.

Stan was preceded in death by his father, Nathan Mock Sr.; and his sister, Rita Dulin.

Stan was an advocate for organ donation and gave the gift of life to multiple other families through donating his own organs.

In compliance with health and public safety directives, services for Mr. Mock will be private. A public memorial service will be held at a later date. Entombment will be in Rosehill Cemetery in the Chapel of Peace.