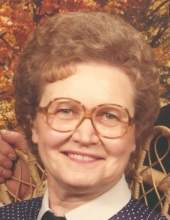 
Neata Hunt Pryor, 96, of Owensboro, passed away Tuesday, August 23 at her home. She was born on March 15, 1926 in Muhlenberg county to the late Arless and Nora Hunt. She retired after many years from General Electric and Kenrad. She was a member of Southside Church of Christ and was known for making her famous coconut cakes.

In addition to her parents, Neata was preceded in death by her husband, William 'Bill' Pryor; and two sisters, Anna Pryor and Lela Lee Swift.

She is survived by her brother, Ronald (Shirley) Hunt; and several nieces and nephews.

Funeral services will be at 1:00pm Friday, August 26, 2022 in the chapel at James H. Davis Funeral Home & Crematory. Burial will follow at Rosehill Cemetery. Visitation will be from 11:00am to 1:00pm on Friday at the funeral home.