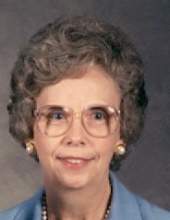 
Norma Boling, 98, of Owensboro, passed away Saturday, May 14, 2022 at Zachary Manor NH, Zachary, Louisiana. Norma was born on February 18, 1924 in Owsley County, Kentucky to the late Trigg C. and Abbie D. Brandenburg. She was a homemaker and briefly worked at Ken-Rad and General Electric. She was a longtime member of Third Baptist Church and the Esther Sunday School Class.

In addition to her parents, she was preceded in death by husband of 65 years, Russell E Boling; son Michael W. Boling; and sisters, Nadine Willis and Gladys Griffin.

Funeral services will be at noon on Monday in the chapel at James H. Davis Home and Crematory. Burial will follow in Rosehill Cemetery. Visitation is from 10 a.m. to noon on Monday at the funeral home.