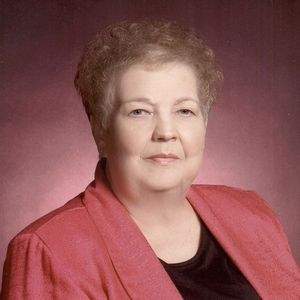 Patricia Ann Beckhart, 80, of Owensboro, passed away Sunday, February 21, 2021 at the Owensboro Center. She was born in Owensboro to the late Wilbur and Ludwina Hurm Parker.

In addition to being a dedicated mother, grandmother and great-grandmother, Patricia retired from Owensboro Health Regional Hospital after more than thirty years of service. Following her retirement at the age of seventy, she spent an additional five years volunteering at the information desk. She was a longtime member of the former Hall Street Baptist Church.

She was preceded in death by two brothers, Charles and Bob Parker.

The public visitation will be Thursday, February 25 from 8:30-9:30 AM at Glenn Funeral Home and Crematory. A service with limited attendance will be held. Burial will be at Elmwood Cemetery.

The number of those attending the visitation for Mrs. Beckhart shall be within current health and safety directives. Family and friends shall wear appropriate personal protective masks and enter the doors near the flagpole on the Breckenridge Street side of the building.