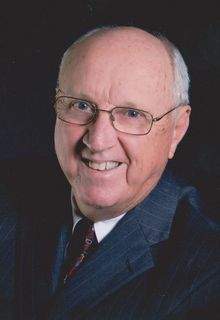 Robert Alan Englehart, 73, went home to be with Jesus on Wednesday, January 13, 2021. He died peacefully with COVID complications at Owensboro Health Regional Hospital. He was born October 8, 1947 in Washington, Indiana to the late Richard and Margaret Englehart. He was a graduate of Washington High School in Washington, Indiana and Rose Hulman Institute of Technology in Terre Haute, Indiana with a degree in Mechanical Engineering. Alan was a United States Army veteran who served in Vietnam in the US Army Corps of Engineers. He retired in 2007 from Texas Gas Transmission Corporation after enjoying his work on the pipeline for almost 38 years. In his retirement, he enjoyed coffee and lunches out with his many friends, traveling with his family, working outside in his yard and garden, and preparing his Fantasy Baseball team. He also would spend his time at his family farm, Veale Creek Properties in Washington, Indiana. He was a devoted member of Settle Memorial United Methodist Church serving for many years on the Finance Committee.

In addition to his parents, Alan is preceded in death by his In-Laws, Kenneth and Josephine Helwig, and his brother, Jim Englehart.

The family would like to express our sincere gratitude to all the physicians and nurses who cared for Alan on the COVID Critical Care unit. They are angels on earth.

Visitation for Mr. Englehart will be from 3:00 until 7:00 p.m. Thursday and from 8:30 until 9:30 Friday at Glenn Funeral Home and Crematory. A service with limited attendance will be held at the funeral home. Burial will be in Rosehill Cemetery.

The number of those attending the visitation or funeral service for Mr. Englehart shall be within current health and safety directives. Family and friends shall wear appropriate personal protective masks and enter the doors beneath the canopy on the Triplett Street side of the building.

Expressions of Sympathy may take the form of donations to the Boulware Mission, Inc. at 609 Wing Avenue, Owensboro KY 42303. Memories and messages of condolence may be shared with the family of Robert Alan Englehart at www.glenncares.com