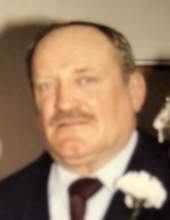 Robert June King, 92 of Owensboro, passed away on Thursday, April, 22, 2021 under the care of Hospice of Western Kentucky. He was born on August 25, 1928 in Daviess County to the late Leroy & Gertie Bell King. He was a retired Millwright for the Local 1076 Millwright Union, a member of the American Legion and was a Kentucky Colonel. Robert was a United States Navy Veteran, serving in the Korean War. He was a boxer in the Navy and also at the YMCA. After he was discharged from the Navy he went to Barber School and became a barber until he joined the Millwright Local. Robert was a self taught piano player and played in several bands around Owensboro with his brother, Jack. He enjoyed horse racing spending most days at Ellis Park. Robert loved spending time with his kids and grandkids.

He was preceded in death by his daughter, Cheryl Lynn King; and his brothers, Jim and Billy King.

Graveside services will be at noon on Monday, April 26, 2021 in Elmwood Cemetery with military honors. James H. Davis Funeral Home & Crematory is in charge of arrangements.