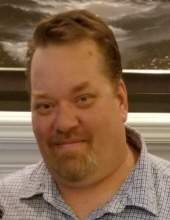 Robert David Simon, 55, of Owensboro, passed away on Thursday, June 17, 2021 at his home. He was born November 13, 1965 in Owensboro to Dr. Sheldon and Pamela Hawthorne Simon. Robert worked in restaurant management. He loved music, travel and a good joke. Above all, his children meant more to him than anything.

He was preceded in death by his wife, Glenna Metcalfe Simon in 2003.